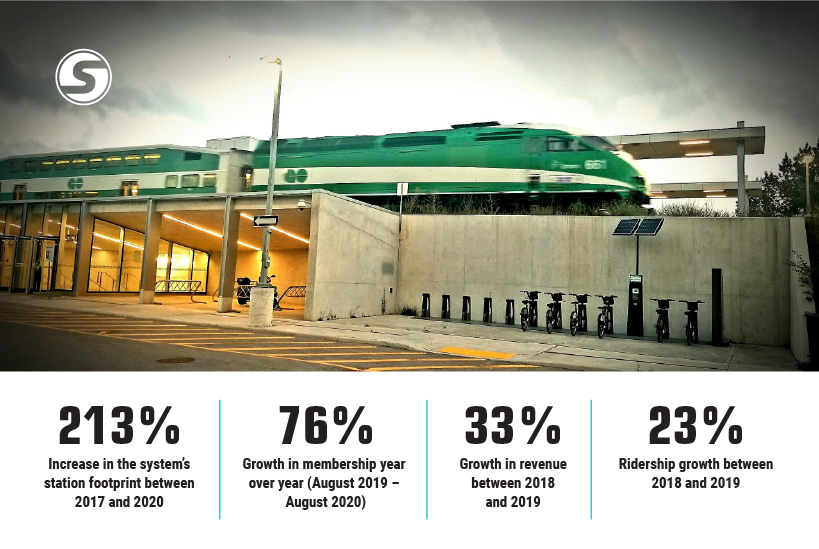 The contract, awarded in April 2020, establishes Shift as Bike Share Toronto’s operator, a role which was filled through a memorandum of understanding for the last three years.

This represents a 35% increase to the current system footprint. This aligned strategically with the City’s ActiveTO initiative that focused on converting 50 km of additional quiet and biking street lanes.

“We are grateful to receive TPA’s vote of confidence with this 5-year contract,” said Eddie Inlow, CEO of Shift Transit. “Shift Transit is extremely proud to power one of the most successful bikesharing programs in North America and looks forward to continuing to work with TPA to further expand on the progress we’ve made over the last few years.”

The 2020 expansion also included the introduction of e-bikes into the fleet by way of a pilot program that includes 300 pedal assist e-bikes and 10 e-bike charging stations available for member use. The e-bikes will allow users to ride up to 25 kilometers per hour and travel up to 70 kilometers without a charge. 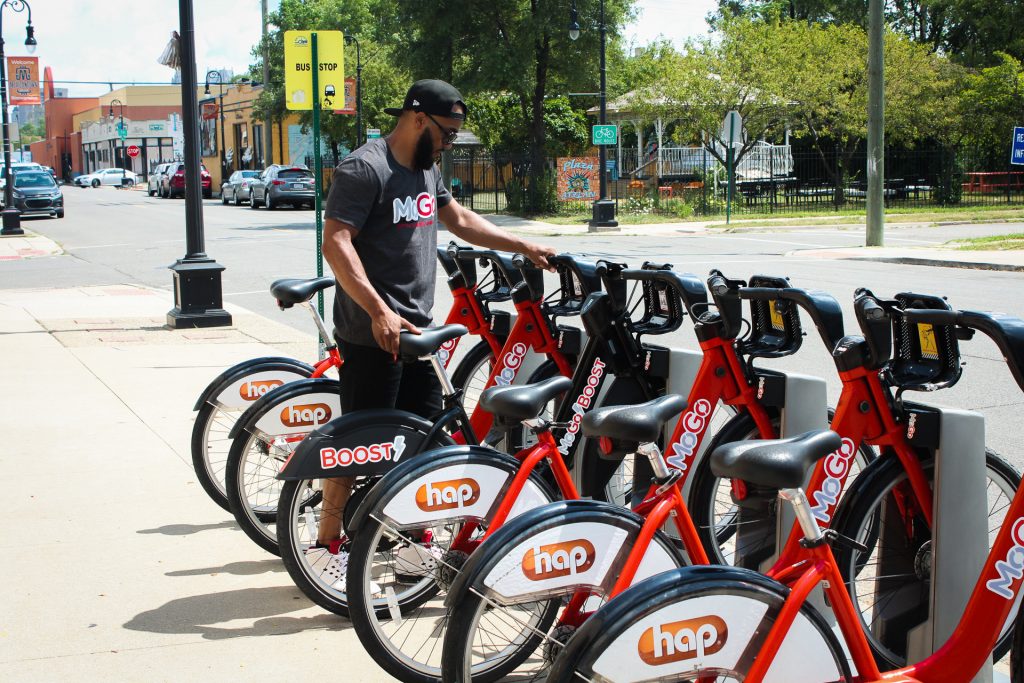 CHICAGO, July 28, 2020 /PRNewswire/ – Today, Shift Transit, a leading mobility operations company, announced it was awarded a three-year contract extension to continue operating the MoGo bikeshare program in Detroit. This announcement comes on the heels of the system’s first major expansion since the service launched in May 2017, resulting in a 70 percent increase in the system’s footprint and extension into five new neighboring cities.

Shift Transit has been integral to the success of the MoGo program over the course of the last several years,” said MoGo Executive Director Lisa Nuszkowski. “Their flexibility, responsiveness, and emphasis on collaboration are truly appreciated, and we look forward to continue working with them to scale MoGo to new heights.”

“We are honored to receive MoGo’s vote of confidence in our performance with this 3-year contract extension,” said Eddie Inlow, CEO of Shift Transit. “I also want to take this opportunity to thank our terrific Detroit team for all of their hard work and determination over the last several years – they have been essential to our success every step of the way.”

Since the service launched, Shift Transit has served as the system’s sole operator, overseeing station siting and installations, bike/station maintenance, bike/station repair, rebalancing, and customer service. In addition, Shift Transit oversees MoGo’s e-bike program, which includes 50 Boost bikes. The e-bikes have proven to be extremely popular with riders, accounting for more than 30 percent of overall trips, even though they make up less than 10 percent of the fleet.

Last month, the MoGo program expanded its service footprint, adding 31 stations and 140 bikes to its fleet, for a total of 75 stations and 620 bikes. The service also expanded into new parts of the city, including the Livernois and McNichols neighborhood, as well as the cities of Ferndale, Royal Oak, Oak Park, Berkley, and Huntington Woods. The expansion has already paid significant dividends, sparking a 26 percent trip increase year-over-year for the month of June. In addition, through the first six months of 2020, MoGo usage is up 28 percent year-over-year.

Bike Sharing Program will be the 2nd Largest in North America

Shift Transit took over day-to-day operational management of the program in April 2017, including station installations, bike/station maintenance, bike/station repair, rebalancing, customer care, and marketing and sales. Since assuming operations, the system has shattered all previous location records, including:

The expansion will also spread the system’s reach to include 20 of Toronto’s 25 Wards, bringing the benefits of bike share to almost all corners of the city.

We can’t wait to see current and new members alike take advantage of these new stations and bikes. Happy riding!

Toronto is expanding its bike sharing network “into all corners of the city” to ensure that residents have transportation options when they want to get somewhere. 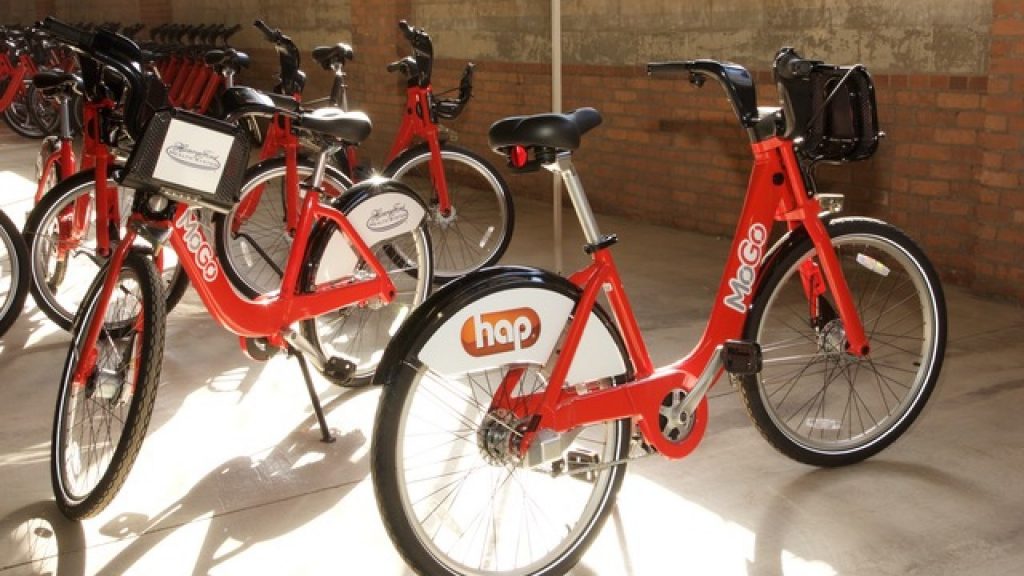 MoGo Detroit, the bike-share system in the city of Detroit, launched a massive expansion into northwest Detroit and southern Oakland County on Thursday. 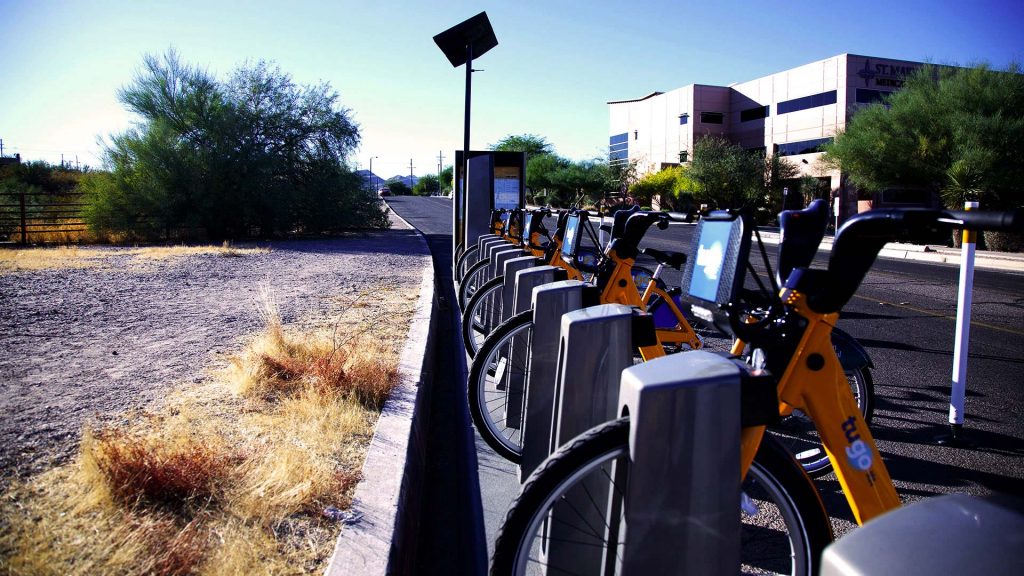 Starting Tuesday, Tucson will have more places where you can rent a bike for a quick ride across town. The city added the Tugo bike-sharing system to its list of transit options in late 2017. Over 300 bicycles are available to rent by the hour, at dozens of stations around town.

A little electric boost made the ride from the Dequindre Cut up the hill to Wilkins Street a breeze. It was Monday, the sun was shining, and it was a beautiful day for a bike ride at Eastern Market.